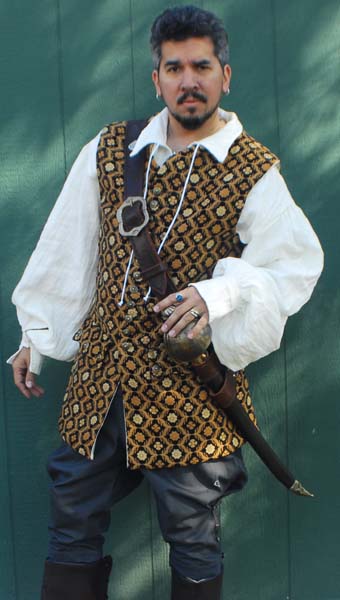 John Rackham, also known as Calico Jack Rackham or Calico Jack, is an English pirate captain whose nickname is derived from the colourful calico clothes he wore. Rackham is notedfor employing two female pirates, Anne Bonny and Mary Read, in his crew.

Rackham was quartermaster on a ship that belonged to Charles Vane. While cruising in northern waters, the ship encountered a French warship. Vane decided to retreat rather than board the warship. The crew mutinied against him, left him on a beach in New England and sailed away in his ship, a Brig that Vane called ‘Ranger’ but which was renamed “The Treasure”. They made Rackham their new captain. He later successfully boarded and took over the French vessel. The very same day he was made captain, he plundered several small vessels, earning him a good reputation with the crew.

While drinking in a tavern in New Providence, he met a woman named Anne Bonny. He decided to court her, and eventually asked if she would like to come along pirating with them. She agreed and dressed as a man so the crew would take little notice in her. One day, they raided a small merchant vessel near the West Indies. Most of the crew had been killed and they had one man cornered. They asked if the man would join their crew rather than be run through with a cutlass, an offer to which he agreed. Bonny befriended the young man, and became his constant companion, igniting Rackham’s jealousy. He confronted the man, who admitted to being a woman in disguise. The new sailor was, in fact, Mary Read.

Rckham traded the Brig ‘Treasure’ for a larger Barque which he named ‘Revenge’. 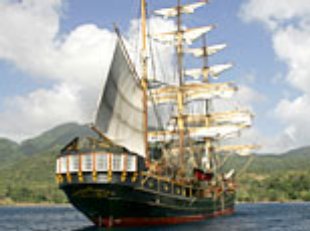