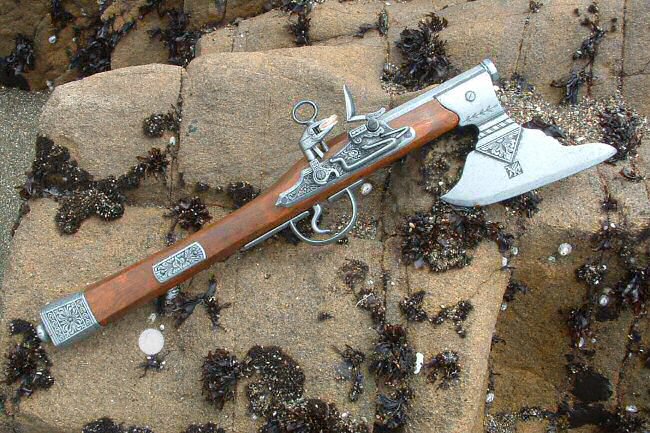 This axe gun fires a heavier musketoon round. 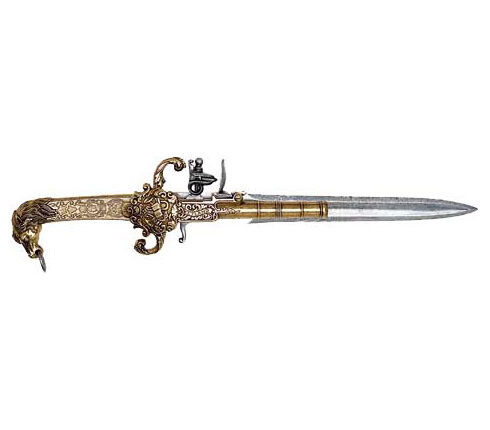 The pistol dagger shoots a light, 30 to 45 cal, ball from what is the equivalent of a pocket pistol. 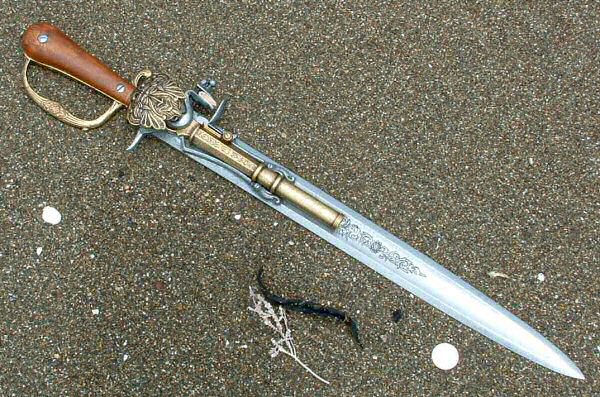 This short sword has a 50 cal pistol mounted to it.  Sword guns usually mount a heavier calibre pistol then a dagger.

Bayonets for muskets are detachable and can be used as a hand weapon.  Bayonet pistols have spring loaded or manually extended stabbing blades on them.   Such mountings are not as robust as a socket bayonet but can save your life in a pinch. 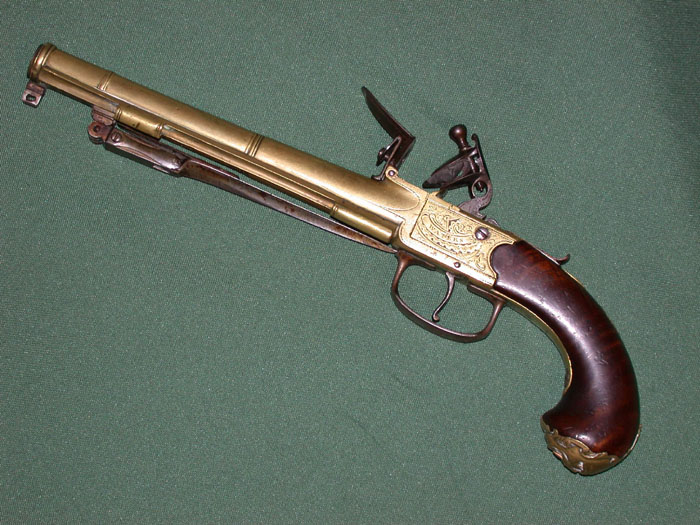 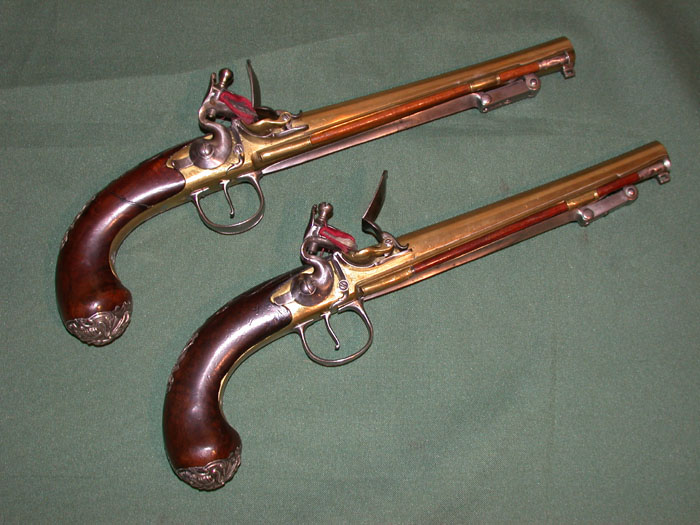 A Brace of Bayonet Pistols 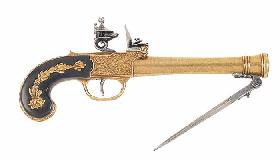 The standard hand grenade is a small, hollow iron ball with a hole  The hollow sphere is filled with black powder. The hole is fitted with a  tube of cane, wood or bamboo that allows a fuse to be inserted.
Improvised grenades are common.  typically a bottle or jug filled with black powder and nails or musket balls and fitted with a fuse.
In either case, once the fuse is lit the grenade is then thrown by hand.  It will detonate in about ten seconds.  Give or take….

Grenade launchers are a special blunderbuss like weapon designed to simultaneously ignite the fuse of the ball grenade and launch it to a greater distance then it can be thrown by a man.  One concern with this weapon is that in the event of a misfire, where the grenade fails to launch but the powder in the pan flashed, there is the question as to whether or not the grenade’s fuse lit… 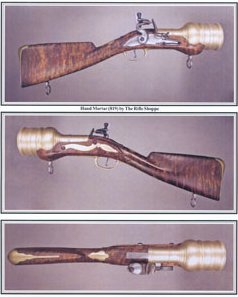