During the late 17th and early 18th centuries there were a wide variety of firearms in use. The general types are distinguished by the ‘lock’ or action used to ignite the powder charge and propel the ball. ALL of these weapons are available and in common usage.

Matchlock weapons, though out of date in design, are still widely available especially in backwater colonial militias and in the more isolated areas, as well as being found in the arsenals of many small nations and Princelings.
Many matchlocks are found in the Spanish garrisons in the New World having been shipped there as the armies in Spain were upgraded. They are often issued to local militias and garrison troops. Matchlocks are the cheapest firearm available. 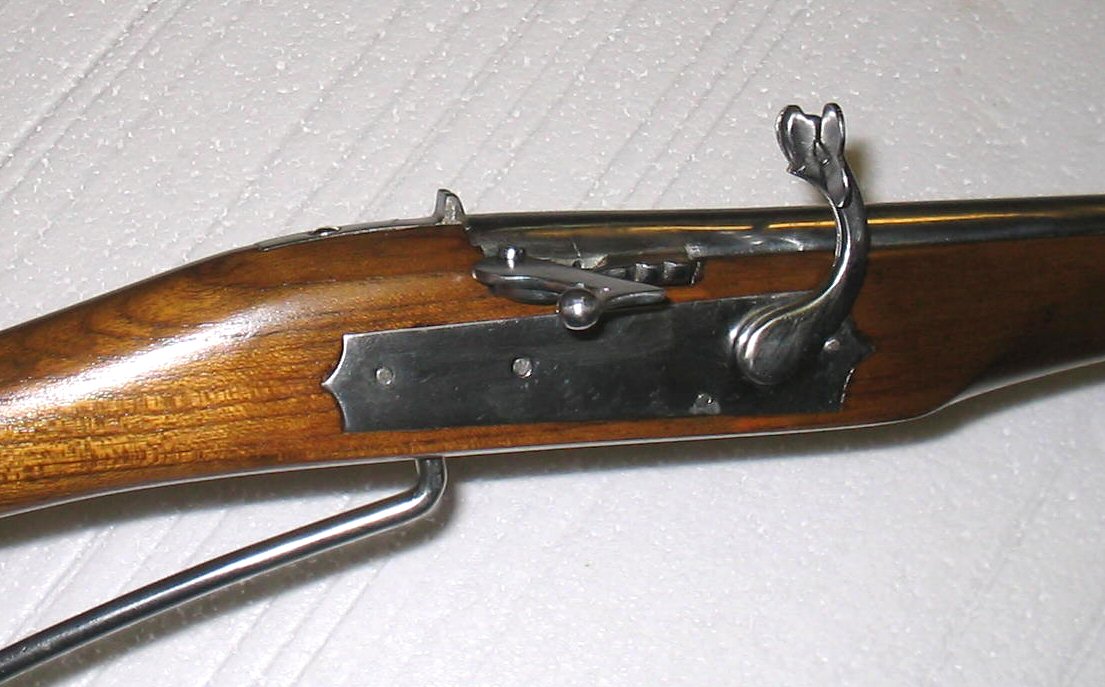 Close up of a Matchlock 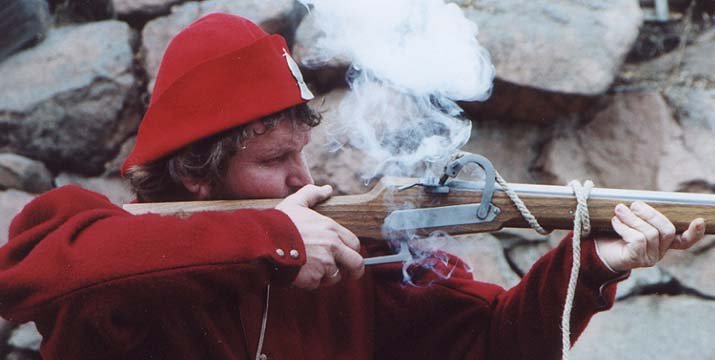 Wheellocks the first guns that could be carried loaded and ready to fire, are expensive and require constant maintenance to prevent the mechanism from seizing up. (A major problem in a ship board environment.) Still manufactured (though rarely) into the early 18th century, as expensive and ornate custom weapons, with many older ones still in service. Wheellocks use pyrite instead of flint.

Snaplocks are one of several types of related locks. Essentially a precursor to the Flintlock in design the snaplocks and its cousins are still widely manufactured throughout Europe, especially in the south, and are used extensively in North Africa and the Middle East and is often found in the arsenals of the Barbary Corsairs. The snaplock has a manually operated pan cover similar to that of the matchlock and lacks a half cock or safety. 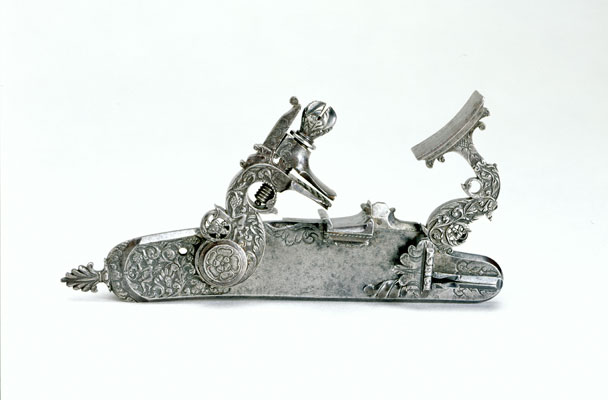 Close up of a snap lock

The Snaphance (or Snaphaunce) first appeared in the late 1550s as a development of the earlier snaplock. The main improvement was that the pan-cover opened automatically (to keep the priming dry until the exact moment of firing), as in the wheel-lock. It lacks a half cock or safety. The Miquelet is a type of Snaphance is often termed the Mediterranean lock due to its diffusion to areas surrounding the Mediterranean Sea, particularly in the Ottoman sphere of influence. Regular Spanish troops generally employ the Spanish Miquelet. 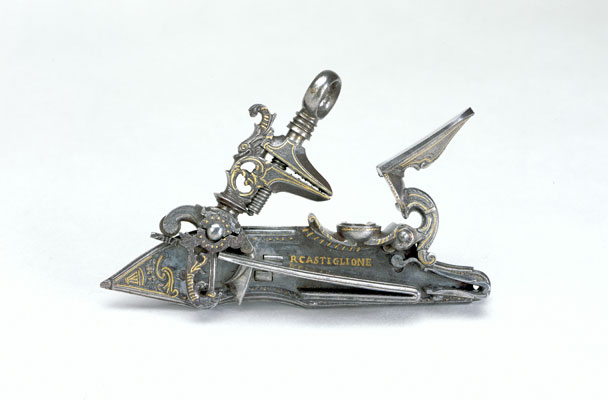 Close up of a Miquelet

Close up of a Snaphaunce lock

The English Lock or Doglock is found on almost all English and Dutch manufactured guns until about 1715 and is the standard for British Army muskets until the Brown Bess was issued. (As the Brown Bess has come into service all Doglock muskets have been turned over to the Navy.) The English and the Dutch used this style of flintlock firearm the most, which uses an external catch or DOG as a half cock safety. The Doglock is one of the most common types of firearm in the American Colonies and Caribbean. 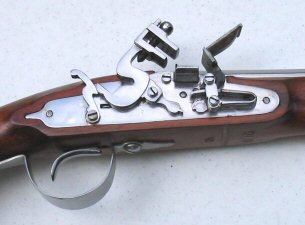 Close up of a Doglock

Flintlocks, originally called “French Locks” because that was the area where they first appeared, were the final development in firearms during this period. They are ‘state of the art’ and remained in use for almost a hundred and fifty years. The flintlock (and the English lock) were cheaper to make and less complex than the snaphance. The flintlock has an internal ‘half cocked’ position that facilitates loading and allows the weapon to be carried all but ready to fire. It also combines the pan cover and the Steel striking surface into one piece. 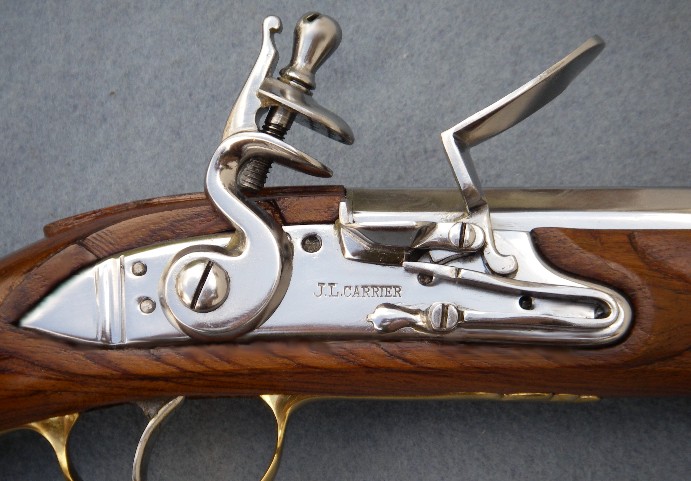 Close up of a Flintlock