Multi Barrel Pistols. These usually have two barrels either side by side or over and under. (A few rare types have more then two barrels.) Most commonly the two barrels each have their one lock that discharges both barrels at once.  In some cases there are two seperate locks, one for each barrel, and a few have barrels that are manually rotated into firing position. The size of the multi barreled pistols is usually limited to Belt or Holster Pistols due to weight. These pistols are made in either Wheellock, Snap Lock, Dog Lock or Flintlock styles. 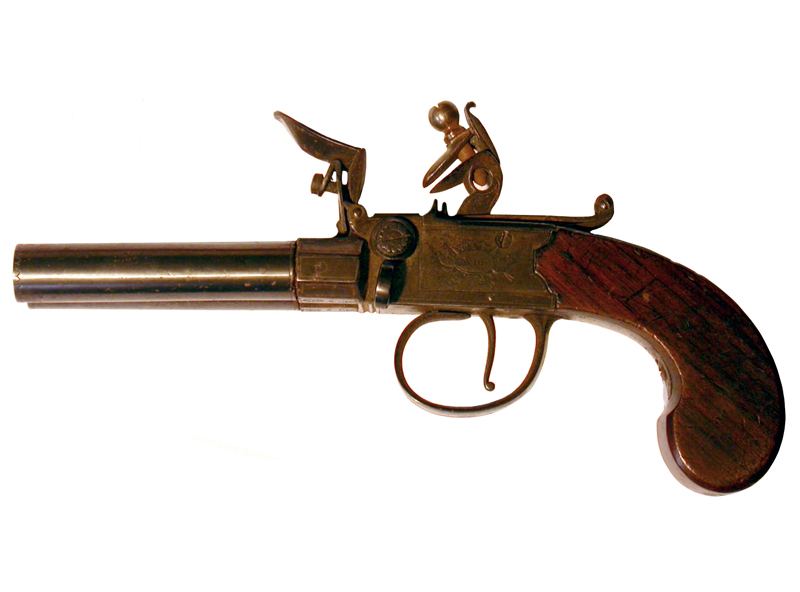 Side by side with a single lock. Both barrels fire at once. 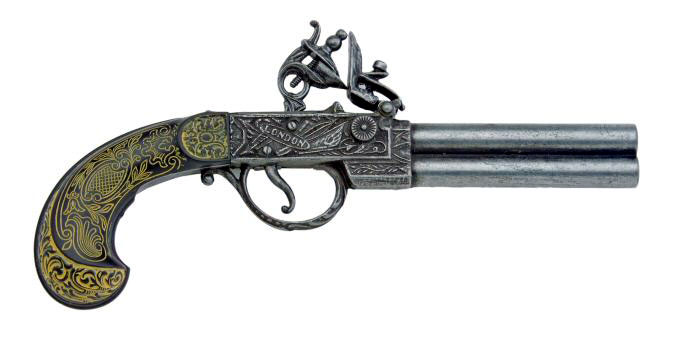 Over Under with a single lock. Both barrels fire at once. 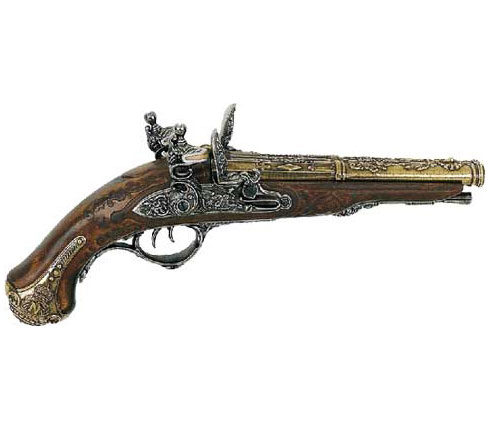 A double barrel with double locks and triggers. Barrels can be fired separately. 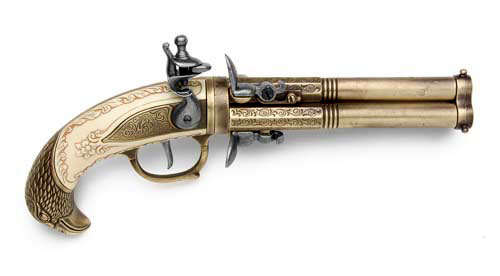 Over and Under with one lock but two pans. The barrel is rotated into position,

Over and Under with one lock but two pans. The barrel is rotated into position,

The Duck Foot Pistol, or Volley Pistol, usually has three or four barrels all of which fire at once. It is favored for close quarters against multiple opponents. Many ship captains have a brace of Duck Foot pistols to confront mutineers or pirates. To keep recoil manageable the Duck Foot fires a small calibre ball, 30 to 45. These pistols are made in either Snap Lock, Dog Lock or Flintlock styles. 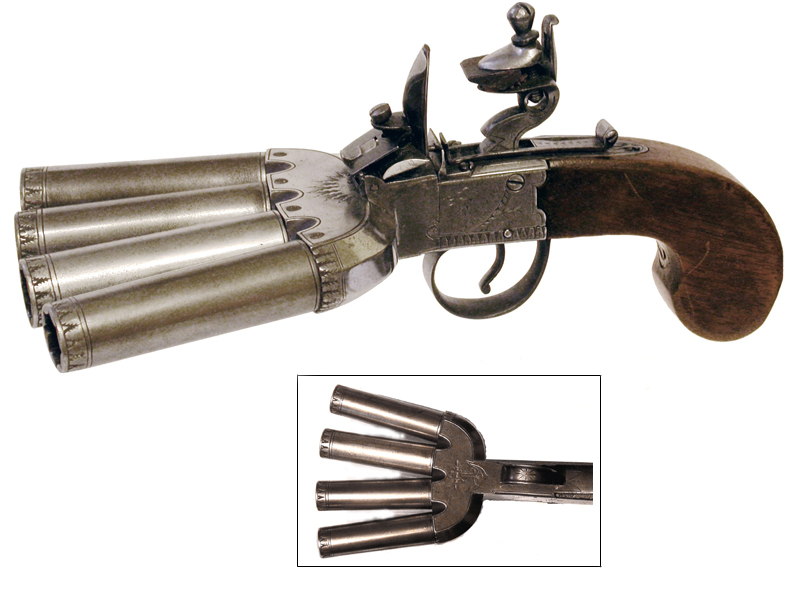 Four barrel duck foot. All barrels fire at once.

Some were enhanced for close combat